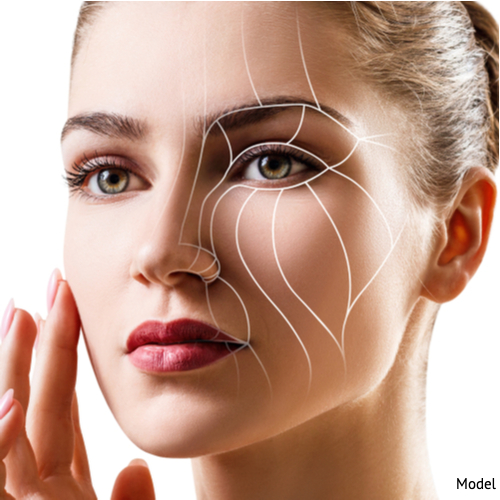 Facelift surgery is one of the top procedures for facial rejuvenation and is one of the most commonly performed surgical procedures in the United States. There are many different types of facelift techniques available, including the mid-face lift and the traditional full facelift.

What Is a Facelift?

A facelift (rhytidectomy) is a surgical procedure that helps eliminate unwanted wrinkles on the lower two-thirds of the face and neck to disguise or erase the most common signs of aging. As we age, facial skin will start to lose its elasticity and, as a results, sag. A surgical facelift tightens the underlying muscles, trims the excess skin, and repositions facial fat to where it is meant to be.

Traditional facelift incisions extend from the hairline at the temples down and around the ear on both sides of the face. These cuts are made carefully so that they will blend in with your hairline or in the natural creases of your face, making them barely noticeable once they have healed.

What Is a Mid-Facelift?

The mid-facelift focuses on the middle section of the face and cheeks. Like a traditional facelift, incisions are made in the hairline, as well as behind the earlobes. The skin and underlying tissues are then tightened to reduce wrinkles and create a smoother, more youthful contour.

This technique can also be used to address hollowness under the eyes and sagging cheeks. Because of this, the mid-facelift is sometimes combined with lower blepharoplasty. In this case, incisions will also be made below the lower eyelids, through which the muscles on the cheeks will be lifted.

Who Are Mid-Facelifts Best For?

A lot of women and men first see facial aging around their eyes and cheeks. A mid-facelift is an excellent option for individuals who have started to notice the signs of aging but do not feel like they need a traditional facelift.

This is also a popular option for those who have had a facelift previously and desire a touch-up.

What If I Have Jowls or Loose Skin on My Neck?

While the mid-facelift is ideal for treating laxity and lines in the center of the face, it cannot do much to treat the lower part of the face and neck. Individuals with significant jowls, vertical neck banding, neck fat, or deep marionette lines (the vertical lines that develop between the corners of the lips and chin) would benefit more from traditional facelift surgery.

If you are looking for a plastic surgeon in South Florida to perform your facelift or mid-facelift, contact Dr. Timothy Alexander by calling (954) 589-0722 or by filling out our online contact form. Dr. Alexander performs face and body contouring procedures for women and men in Hollywood, Florida.